There are a multitude of ways to control a video game. All valid, all with their own nuances. But the one I’m currently mainlining is text. Text stands alone as control schemes go, it works on an entirely different level. In the main, the currently popular control schemes are mechanical devices that allow you to pilot an avatar (e.g. joysticks, mice, buttons, keys). You pilot your avatar through their world and the dialogue between game and player is entirely on this level — left a bit, forward, turn a bit, over there. For a meaningful dialogue to occur, the game has to interpret the player’s intentions, crafting an environment that is limited enough to steer those intentions, make the process work. The player has puppeteered his avatar over here — he must want to open the door; kill the beastie; or whatnot. As Suda 51 distilled brilliantly in Killer 7, the vast majority of player-game dialogue is: “Game, go towards where you want me to go”. The player is in charge of the moving the feet on the treadmill. Whilst wonderful things can happen as a result of this treadmill, the meaningful dialogue between game and player does not exist. The dialogue is between designer and player — and it is a game of Chinese whispers, two people kissing through a thick rubber sheet. 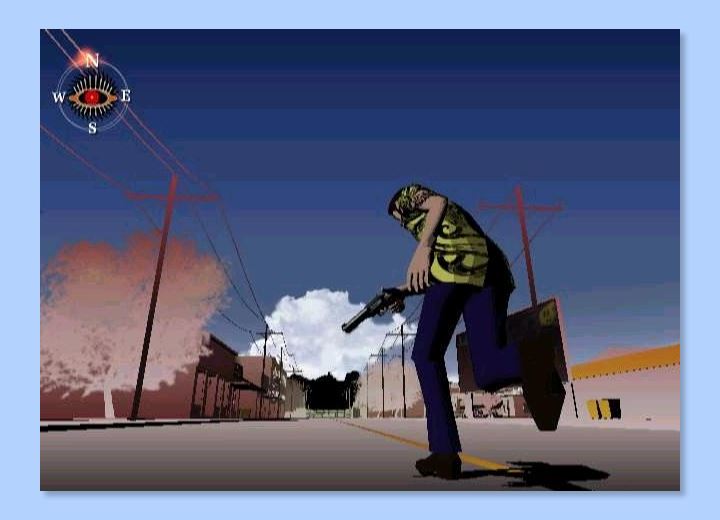 Killer 7 had you hold a button down to make your character run straight ahead to the next junction in its world of corridors. Not only was this brutally honest in exposing what really mattered, but it  also allowed for some very beautiful running (and stair climbing) animations. Suda 51 has never been better than in this wonderful game.

This is why text is different, why text matters. When you control a game through text you use words, you use the language of communication, the language you think in. Your dialogue with the game contains meaning, symbols, thoughts, concepts. Your input is meaningful instantly.

Now, some hard truths: this wonderful interface hasn’t always been easily harnessed. The richness of this dialogue has frequently been diminished when it has to be mapped down to the simple world model of a game, or the limitations of the game’s code in understanding what is being communicated. Famously classic text games would frustrate the unaccustomed by refusing to understand their words if not correctly phrased or arranged. There are some ways around this — e.g. the brute force option, which was used in my 1999 game Aisle. The game only allows a single input from its player, so it was straightforward to test (and test again) and accommodate all the reasonable inputs. Anecdote: I recently spoke at a literary festival where we played Aisle live (its text read out by Doug Cockle, the actor who voices The Witcher, a rare collision of indie art gaming and gravelly voiced AAA!) When an audience member suggested we type “Invite woman to dinner” I tensed, as I knew the game was unlikely to understand or respond well to this… but to my surprise it did and responded perfectly sensibly. I mentally high-fived the 1999 Me and my testers). 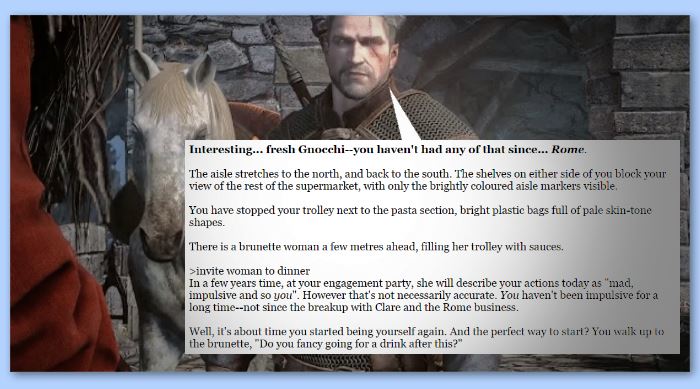 I’m side-stepping these traditional issues with HER STORY. I’m using text input, but not in a way that requires full sentences (or the parsing of full sentences). Text input is all around us — is a part of our lives in a way it was never during the heyday of classic text gaming. We Google before we even consciously think.  Our brains remember in keywords and search phrases. We text and tweet each other and reduce concepts to hashtags. We have an intimate relationship with text input in a way that is unprecedented. We pre-filter the world through the search terms we use. So HER STORY is a game where the core interaction mechanic is Googling.

What does it mean to Google a story? How does this dialogue between player and game play off the richness of words? I used to tell people that HER STORY was a sculptural approach to story — the idea being that when you view a sculpture you can view it from your choice of angle. This is how the Cubists reworked the single-viewpoint of classical painting and created a sculptural type of painting. It was a good way for me to describe Aisle — that was a cubist, or sculptural way of telling a story. Re-combining the story into a 3D story mush from its multiple perspectives created a personal sense of involvement in the forming of that story, added your own special sauce to the mix.

But I’ve stopped calling HER STORY a sculptural story. It’s more accurate to describe it as Story Via X-Ray. By allowing you to interact by Googling keywords the player sees the story through subsets, slices of the whole (unlike a sculpture, where it is possible to sense the entirety of the sculpture, or at least its bounds). And what is lovely about this is in a sense the player’s input can become thematic, or symbolic. You can search for abstract words, or nouns that produce slices that are united by ideas or recurring motifs. Now THAT is a rich dialogue.

Some scientists from the Archimedes Palimpsest Project actually X-Raying a text! These images have been pretty flippant so far, but the next one is nice and heartfelt.

What also makes HER STORY interesting to me is that it isn’t a text game — the content is not reproduced via text. It’s a game that uses text for its player input only. This is important. When text adventures morphed into graphic adventures and games moved away from these old interfaces into icons, mouse clicks and then 3D movement it was important to distance themselves from text (the old) entirely and embrace the new. But it’s a different world now — text is everywhere. We use text to search out Youtube vids, to sort our friends in our contact list, or to find a TV show to watch. I think there’s an opportunity here — a responsibility, perhaps — to involve text as our core interaction mechanic in games of all types and visuals.

Lastly there’s the magic of incantation. Text is magic because when used in a game, it can sometimes feel like the direct transformation of a thought into reality. In the case of games where you can invoke a word that has not appeared in the text so far it’s as if your thought, your word, summons it into existence. This is the delight of the classic text adventure when you use a verb or noun that is of your own conception — it feels like an act of creation, or at the very least collaboration. If you can figure out the creature’s true name, you can control it. Words are magic. 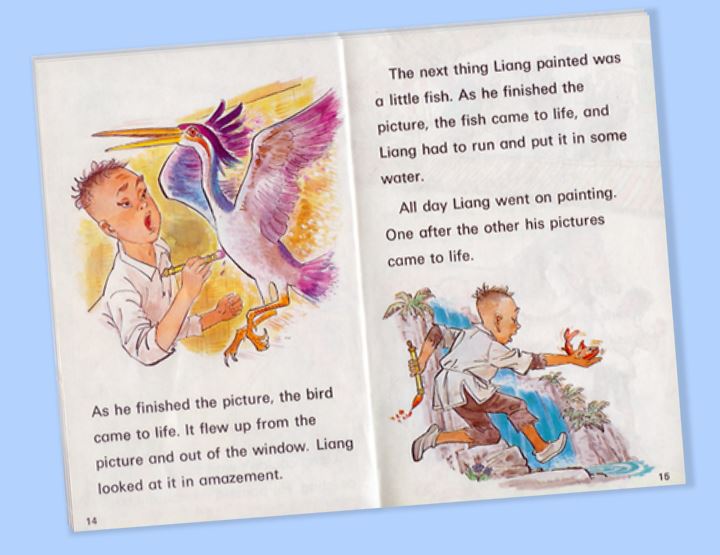 As a child I loved this book — Ladybird’s version of The Magic Paintbrush by Fran Huria, illustrated by Martin Aitchison. I was intoxicated by the idea of a brush that could make thoughts real. As a grew older I learned to paint and for a while toyed with the idea of being an artist. But later I would realize that the nearest thing we have to the Magic Paintbrush in this world is the word.

Yes, we use joysticks to fly planes, wheels to steer cars — but we use words to inspire, to convince, to communicate, to interrogate, to touch other people. We talk about the creativity and play of games where you lug blocks around to build mud huts, but THIS — the thinking of ideas, expressing them back to the game — is a truly magical type of play.