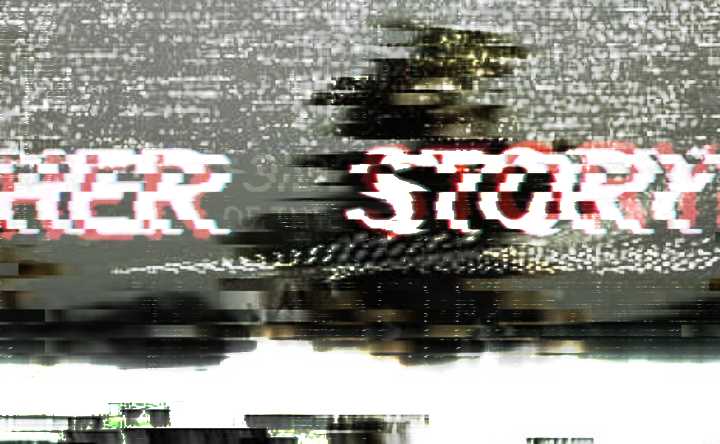 Stories in games are commonly fragile things. The more authored and scripted, the less systemic, the more easily they break. Whereas a movie or a book can only be truly broken by physically attacking the hardware or its audience, games break mostly just through being played.

Specifically I’m thinking about breaking the way the game’s content is delivered to the player. Chaffing against whatever narrative arrow of time the game has been constructed with. Those moments where the player does something that wasn’t expected — or carefully enough anticipated — and the experience that the designer intended, the experience the player themselves has been sold on, breaks.

You mistakenly run the wrong way in a scripted sequence. Then again…and again. Now the book of your game has its pages stuck together and you no longer believe that your character is the matinee idol you once did.

You offer up a solution to a problem that the game or its interface has missed and it’s as if the actor in the movie of your game just fluffed his lines. You now doubt your character even attended law school, let alone passed with the highest marks in their class.

Wandering across the wasteland (skipping the way-points on your quest-book) you accidentally wander into the mid game villain’s lair — currently an empty set waiting for its characters to be teleported in when the story triggers say it’s time. Someone forgot to green-screen the actors into the bootleg screener you’ve downloaded.

Trying to impose a controlled order on a story whilst also letting a player loose is a constant struggle — sooner or later you break the story, break the game, or break both.

As much as any designer who wants to deliver an authored experience, I’ve seen these moments as problems that can be dealt with, or swept under the rug. If players don’t do what we want them to do (whilst believing it’s their choice) we can paper over the cracks with invisible collision, or make that doorway brighter, or throw in some instructive dialogue that’s even more on the nose? But there’s always a tension here, because when it comes to “fixing” these moments there’s a voice inside of me that nags: “Isn’t the player’s ability to do stuff a big part of interactivity? Why are you fighting it so much?” Even when the player’s actions aren’t detrimental, we’re guilty (often with encouragement from publishers) of trying to steer the player back on track — we stuff our games with Navi-likes who tap us on the shoulder: “Hey! Listen! Aren’t you supposed to be going over THERE? That’s where we spent the money.” These games become the Cliffs Notes versions of themselves.

There are genres which benefit from being clamped down and having their narrative heavily secured against player breakage. The puzzle game is one — here the point is to bang your head against the walls and try and read the designer’s mind. Many games that aren’t in the puzzle genre turn their stories into puzzles as they batten down the hatches against naughty players. These are frequently “narratives at war with crosswords” to use Graham Nelson’s phrase.

So — if HER STORY is about throwing out baggage and making something pure, almost naïvely simple, then I am trying for something that I’ve previously pushed against: a narrative game that wants to be broken. An antifragile narrative game (apologies to Naseem Nicholas Taleb for misappropriating his word) . A game that works by — that benefits from — having the player break its narrative.

Originally my ideas for HER STORY were very much conditioned by how things are normally done. I had in my head a game that could be constructed as a puzzle, that puzzle only reinforcing its mystery. If I could eliminate trivial frustrations, I reasoned, then that which remained — the frustration of figuring shit out — would be worthwhile. But as I’ve been developing things I’ve realized more and more that this isn’t necessary. Yes, there is still the task of figuring shit out, but it’s not been designed into roadblocks and puzzles. It’s not part of the game — in fact it exists entirely outside the game.

This means that players can short circuit, interfere with and break the story I have designed. The freedom I’m giving them encourages them to. Now as I develop I am no longer crafting a narrative in terms of set-ups and pay-offs and pacing — but making something three-dimensional where the inter-connectedness and spatial qualities of the story matter most.

I think that this will create something interesting. It might also be something that is more in tune with our times: rather than safeguarding and protecting the linearity that is under threat in the multi-screen, data-rich world, I’m embracing the chaos.