Working on publisher-funded console titles there was one observation I was a little tired of hearing. When pitching an idea, you might be told: “That just sounds too… kitchen sink?” Unless you’re going to use it to bludgeon someone to death, or as a plumbing mini-game, that kitchen sink is a kiss of death. The logic goes: if you’re trying to reach an audience — the audience — your game has to revolve around and explore the life of a character who is beyond normal. The events and scenarios that you explore via that character have to be the stuff of (adolescent day) dreams and fantasy. Kitchen Sink means your game is about the real world.

The observation can be delivered with extra explanation in this variant: “Yes, that might work for a film or TV… but I just don’t see it working as a game. It’s too Kitchen Sink.” If you drill down, you will hear some rationalisations, for example: “Human drama is great, but it only works if there are actors on screen to communicate it.” It’s true of any media that the blockbusters are full of tales of superheroes, larger than life aspirational spectacle — and that’s fine. What chafes in games is that there’s just so little that isn’t this. And there’s a subtext, namely that: games just don’t do that real people stuff well. Exceptions are easy to explain away — The Walking Dead’s human drama works without those actors on screen, “because zombies”. And anyway, the game was only a hit because the TV show was huge (and that had actors on screen). 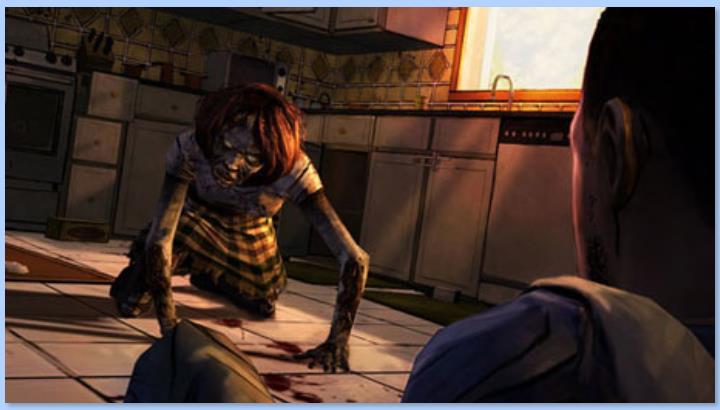 A kitchen sink in Telltale’s The Walking Dead. These zombie QTEs are the least interesting bits in the game — could they make a game without them?

This is sad because I think the reality is actually the opposite. Videogames, through their interactive set-ups are far more capable of delivering the kitchen sink side of life than many other media. Because you’re sat on your seat, trying not to think about the litre of Pepsi working its way through your bladder, movies have an emphasis on action that is most visible in their structure — the short scenes, the condensed “movie dialogue”. In contrast, videogames, by offering us control over the flow of information (i.e. we can skip, drill down, speed up, gorge — as we desire) enable a story to be full of Kitchen Sink stuff.

Even just the presence of interactivity can make things palatable that aren’t when you’re entirely passive. This is something I was aware of when developing Silent Hill Shattered Memories. We had sequences in that game where you would take a walk with a character, or a car ride. Because they were in control of their character walking/looking/etc. players could quite happily “sit back” and enjoy more meandering, kitchen sink conversations between characters. Dialogue that might have been squished to half a page in a conventional screenplay — boiled down to the key action, exposition and the most concentrated character beats, or just cut — could actually run on for minutes, bubbling along more like real conversation — allowing the player to soak up ambience, atmosphere, sprinkled imagery, nuances of character that otherwise would have to be turned into short-hand or compressed into performance via a screen actor’s alchemy.

People know Kitchen Sink is important — indeed, it’s sometimes used as a badge of artistic ambition. The Auteur David Cage is a fan of stuffing his straight-to-video oeuvre with many “kitchen sink moments”, as a way of signposting his interest in character and emotion. If only more people like Auteur David Cage saw the kitchen sink side of life as interesting in and of itself. Rather than as a side salad alongside alien invasions, poltergeists and rogue AI from the Mayan internet. One of my favourite films of the last decade was Steve McQueen’s Shame — a harrowing portrait of a sex addict and his relationship with his sister. Sex addiction might feature as a mini-game in the next Cage game, but would he make a whole game about it? 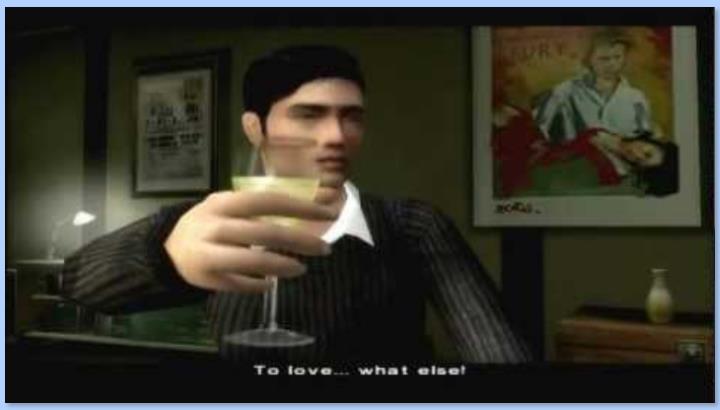 Carla’s neighbour Tommy from David Cage’s Fahrenheit. There is a Kitchen Sink nearby in this scene.

A problematic aspect of the Kitchen Sink dismissal is that it implies a tone — the drudgery of everyday life. The boring stuff. “Kitchen sink” has been co-opted and expanded from it’s initial remit as a descriptor for depressing working class dramas and — when used to dismiss a video game concept — is now a synonym for ‘everyday life’. But everyday life is full of so much more than drudgery — joy, grief, elation, disaster, passion, birth, death, etc. Stories about authentic and true life, stories born of the pure drama that occurs in every everyday life — these are vital to us. And video games that tell these stories are vital. The more I develop HER STORY, the more kinship I feel with the spunky upstarts of the Dogme movement because — as they did — I want to shout out: “Forget about the bullshit, the tricks of the trade and the intoxication with artifice and spectacle, tell us stories that are authentic and true!” 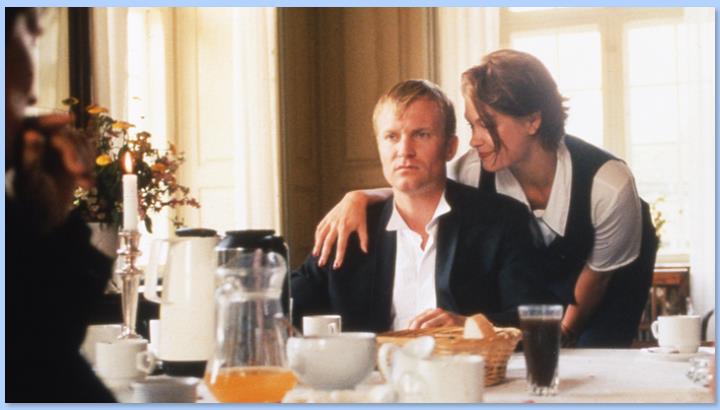 Content is king. A lot of energy gets spent talking about the structure and game qualities of videogames. But we make more progress in a single bound when we start with the content: just by choosing to make a game about a teenage girl’s first love, Gone Home became notable. It had as much ludo-narrative dissonance as any AAA first person game, but because it focused almost entirely on the world of the everyday it touched people. 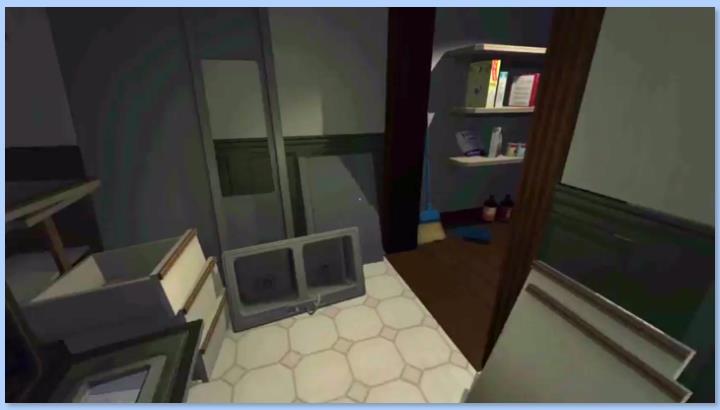 Gone Home has a Kitchen Sink, but it’s not been installed yet! This kitchen contains perhaps the most kitchen sink of twists in the reveal of what happened to the parents.

It’s not the lack of game conventions I remember most about Dear Esther — it’s the cold, wet drizzle of everyday grief and the feel of a lonely walk through windswept grass. That game is all the more moving because its tragedies occur on British motorways rather than space battlefields. When I worked on the Silent Hill franchise I had the great luxury of being allowed to work on storylines and characters that were hewn from the everyday — it was expected (and besides, there were monsters). It was a pretty harsh come down leaving that franchise and suddenly remembering that Silent Hill was the exception, not the rule. After touching an audience by connecting via a true and authentic story, you want to keep going — reality is a pure hit. Every time I write something for HER STORY and think “Oh, that’s very Kitchen Sink” I follow it up with a fist pump and append an exclamation mark. Man, that’s so kitchen sink!